I’ve been in South Africa for the past week or so. It’s been lovely, but it’s also disrupted my routine, or whatever semblance of routine I had. I’m lagging behind in editing and posting, and I feel like it’s also affecting the quality of what I put out.

The week before my flight saw me run errands, meet people last minute, and run around the city to catch two exhibitions that I’d been postponing! Typical. It’s all in the vlog, which you can watch here. Read on for details on the exhibitions I attended.

Save the Railway by Taiyana Chao

This photography exhibition was organised by an inspiring young  woman who is not only a developing/programming guru, but passionate about history and cultural preservation. Tayiana Chao of The Agora spent time traversing Kenya, visiting her old railways stations, most of which are not in use. Kenya hardly has a functioning railway system. The past few decades have seen the decline and dilapidation of our railway network. Our commuter train from Nairobi to Syokimau is relatively new, and hasn’t seen the market absorption that was anticipated. The only operating railway line is from Nairobi to Mombasa and only operates a few times a week! So you see why it is important to save the railway, through documentation, conservation and conversation. Some railway stations have already been demolished to make way for the new Standard Gauge Railway.

Railway transport was for a long time the lifeline of the East African economy. That railways are no longer operational, means that cargo and passenger travel in the region is now largely by road. This means more pollution, congestion and high maintenance costs. It is my dream that African governments will act on the importance of railway transport for the betterment of people’s lives and our country’s economies.

The exhibition shared anecdotes from locals living along what used to be the railway line, as well as people who have worked with Kenya Railway. And of course, an array of pictures; a thousand words… 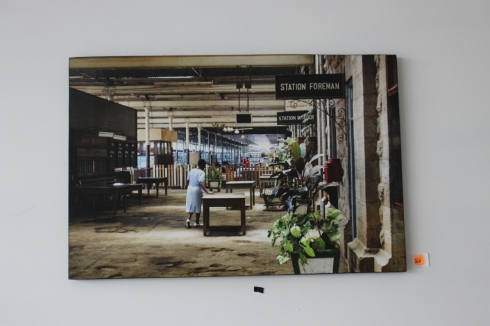 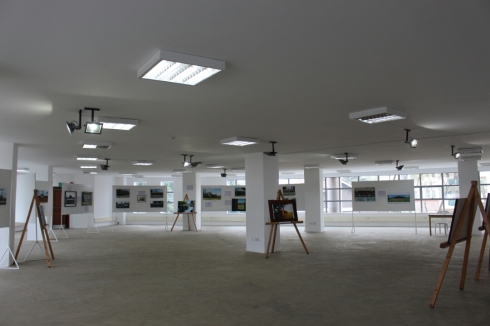 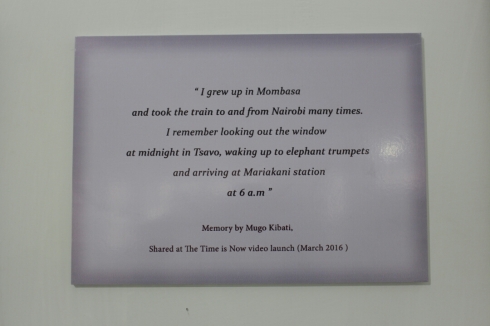 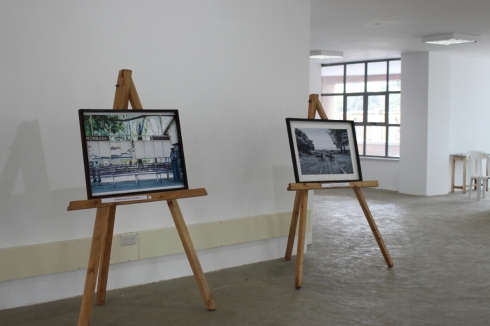 The Women in My Life by Michael Soi

This was the second exhibition I attended that week. Michael Soi needs no introduction. He is a big name in Kenya’s art scene with enthusiasts and collectors from across the world.

He has been the object of controversy because of his works that shed light on societal ills such as corruption and sexualisation of women, especially sex workers. This exhibition however, pays homage to the power women in his life.

“The Women in My Life is intended as a celebration of the fine women who have played an integral part in shaping the human being that I have become. They have all had a very positive role – socially, spiritually or even those who broke my heart….LOL! The Women in My Life is in a nut shell a celebration of all the women I interact with on a day to day basis. They are all the women in my life. My mom, my sister, my daughter, my best friend, my clients, workmates and the girls I see on the street.”

The collection did not quite tell a story, but was aesthetically a joy, with his signature bright colours, women in big bold hair, funky jewellery and trendy fashion. 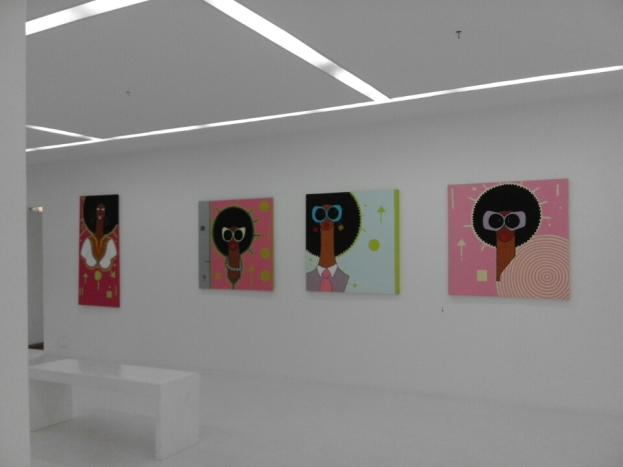 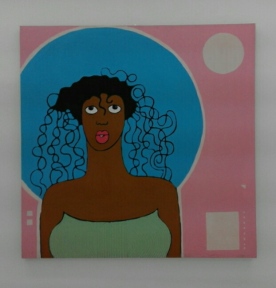 Thanks for reading and watching. Sending lots of love your way!

Tell me what you think in the comment section. :) Cancel reply