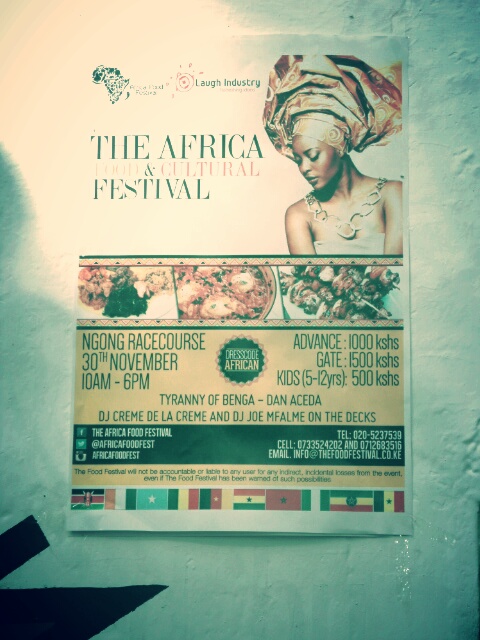 A brilliant idea with the worst possible execution.

I am only glad I got my ticket for a third of the price on Rupu deals.
I would be pained to have paid the full price for how lowly I felt of this event.

My ideal  African Food and Cultural Festival would include the following from various countries:
1. Food
2. Music and Dance
3. Games
4. Art and Artefacts
5. Clothing and Jewellery
6. Learning a few words

All we had for our enjoyment were a handful of stalls selling plates of food for a fixed price of Sh500. You couldn’t for example, pay Sh100 for Matooke from Uganda, Sh100 for Ghanaian fried plantain and Sh100 for Kenyan Kachumbari. You had to pay Sh500 per stall regardless of what you wanted. Which means you had to think carefully which countries’ food you desired most, maybe limiting yourself to 3.

And if you are vegetarian, good luck finding anything for you, I would know. Although my friend Julie pointed out that many Africans were largely hunters and pastoralists so meat is a big part of our culture. Touche.

The Ghanaian stall did have lovely kente fabric and shoes for sale, I’ll give them that. The Ethiopian stand had some stunning silver Orthodox cross jewellery, and freshly ground and brewed coffee.

I did not see a South African, Tanzanian, Rwandese, or Congolese stand. All of which have a sizeable population in Nairobi.

Apparently acclaimed Kenyan DJs Joe Mfalme and Creme de la Creme played their sets, and quite frankly, that passed me by.
I did notice though, that the only music played was a few kwaito beats, naija songs, bongo flava and a couple of other commercial local songs. Good job ‘Africa Food and Cultural Festival’.

Dan ‘Chizi’ Aceda was to perform, but didnt. Why?
Because when he came with his band, the event organisers told him that there was nowhere for him and his team to set up camp.

I have no idea who the event organisers were but this was a potentially spectacular event, riddled with rookie errors that rendered it a flop (in my books at least).

The turn out was dismal. In Karanja’s words: “There are more people working at the stalls than there are attendees”.

I did bump into a few friends though, and the weather behaved. I think I got quite a few nice pictures too.
And that is just about all the good I have to say. 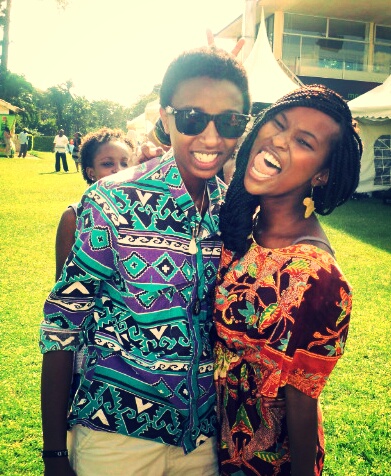 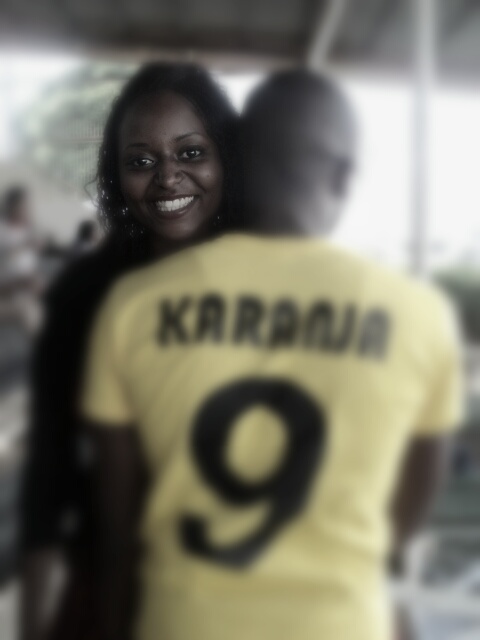 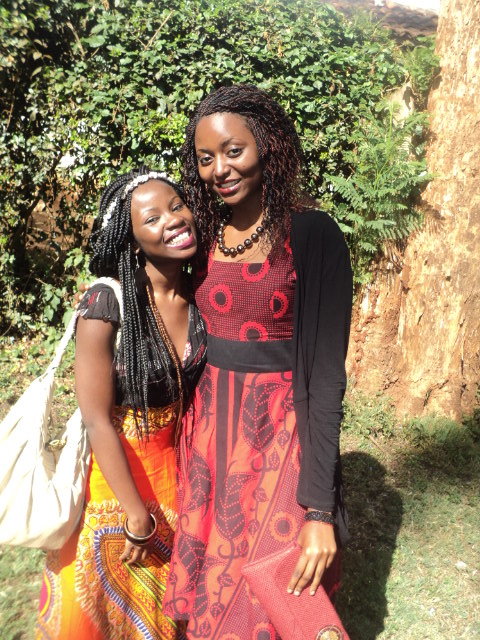 Lovely start of the week tomorrow everybody.
Love and Light
Xx

12 thoughts on “The Africa Food and Cultural Festival”